The Committee of the Rights of the Child Sides with Still I Rise and I HAVE RIGHTS.

In its most recent evaluative report on Greece, released on June 9, 2022, the United Nations Committee on the Rights of the Child (UNCRC) has demanded that Greece cease its detention of refugee youth and reform its policies towards refugee children, which violate their rights as per the UN Convention on the Rights of the Child. During the months of April and May, the UNCRC reviewed evidence provided by Civil Society, including Still I Rise (SIR) and I HAVE RIGHTS (IHR) that demonstrates the human rights violations of children on Samos. SIR and IHR raised specific concerns regarding de facto detention and inhumane living conditions, deficiencies in age and vulnerability assessment procedures, lack of access to asylum, and lack of services. 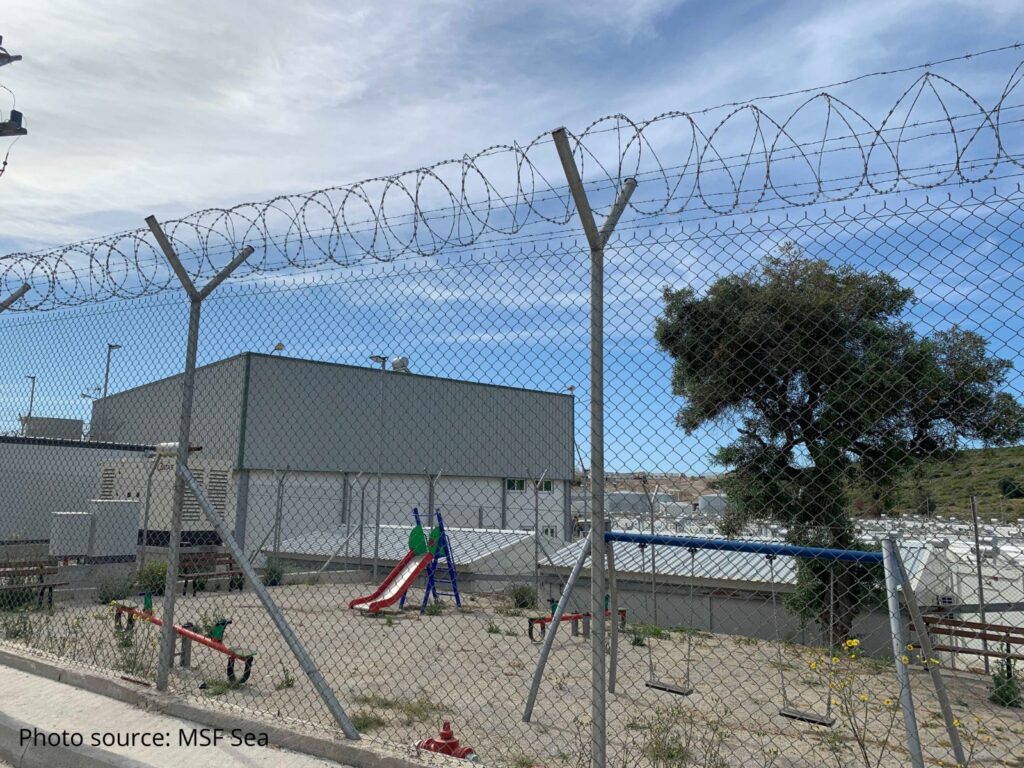 Thanks partly to the evidence we provided, the UNCRC has officially acknowledged violations of the rights of the child by Greece and has confirmed SIR and IHR’s concerns regarding the state of refugee children and Unaccompanied Minors (UAMs) [1]. Ultimately, this report supports our advocacy efforts to grant appropriate and legally mandated living conditions, services and access to asylum as per the human rights standards enshrined in the Convention of the Rights of the Child.

In its Concluding Observations, the UNCRC clearly states that they acknowledge “numerous violations of the rights of asylum-seeking, refugee and migrant children in Greece.” This contradicts the official Greek narrative and is in line with SIR and IHR’s perspective. Within the report, the UNCRC validated all four topics of concern raised by SIR and IHR.

The UN’s report clearly acknowledged Greece’s use of “immigration detention of children for identification purposes” and the reality of “precarious living conditions in reception centers (RICs) on the Aegean islands.” In line with the concerns of SIR and IHR, who have witnessed and received testimony of people living in prison-like conditions, the Committee pressed the Greek government to “completely ban the placing of children in immigration detention” and to “prioritize the immediate transfer of asylum-seeking children and their families out of detention centres.” Additionally, the Committee headed SIR and IHR’s calls to push the Greek government to provide refugees, asylum seekers, and UAMs with proper accomodation “outside detention” and to “promptly closing[close] “safe zones,” a tool used to further isolate UAMs from other parts of the facility [2]. SIR and IHR are vocal about the deplorable conditions in the Samos CCAC “safe zone,” where UAMs are supervised by untrained personnel and where access to particular services, including formal education, is severely limited.

The Committee’s Concluding Observations also noted the Greek authorities use of a “generalized and inappropriate age determination procedure,” [3] which particularly affects UAMs on Samos. The Committee urged the Greek government to “ensure that the age-determination procedure is…respectful of children’s rights,” and more importantly, to use only in “cases of serious doubt about the claimed age” [4]. As it currently stands, age-determination and vulnerability assessments are often led by untrained and unprepared personnel on Samos, a fact that SIR and IHR communicated in our submission to the UN.

The report additionally notes that the asylum reform (Law 4636/2019), otherwise known as the Internal Protection Alternative (IPA), lacks the “safeguards to protect children’s rights” [5]. The Committee called on the Greek government to review its legal obligations to “ensure that…appropriate safeguards in asylum proceedings are provided for children, including unaccompanied and separated children” and that “children are exempt from the accelerated border asylum procedures” [6]. On Samos, SIR and IHR have collected testimonies which suggest children are not adequately protected by the current law and are wrongly treated by the authorities.

Regarding the lack of services, including access to legal assistance, education, healthcare, and other social services, the Committee largely disapproved of Greece’s present performance [7]. The Committee urged Greece to “ensure access to free legal aid…essential services, including food and hygiene…[and] healthcare,” to “address the barriers hindering access to education,” and to “provide all possible facilities, services and protection to all refugees on an equal basis with Ukrainian refugees” [8]. The Committee’s recommendations cover a wide range of services that should legally be provided to refugee youth and UAMs. Yet as SIR and IHR indicated in our submission, the Greek government fails to provide the services it is obligated to do. On Samos, the conditions of the prison-like camp create severe mental health challenges for the people living there. At the same time, limited, and in some cases, zero access to essential services abandons those in need. This dynamic of isolation, enclosure, and withholding of essential services from refugees and asylum-seekers is a cruel and inhumane practice that must end.

From Law to Practice

Thanks in part to the evidence provided by SIR and IHR, the UNCRC has officially recognized human rights violations against refugee and UAM children and pressed the Greek government to uphold its legal responsibilities. However, the UNCRC’s Concluding Observations will not impact their present situation unless the Greek authorities change their current practices. We will continue our fight, now with backing from the UNCRC, in pushing the Greek government to provide refugees and asylum-seekers with the rights and services they are legally guaranteed. 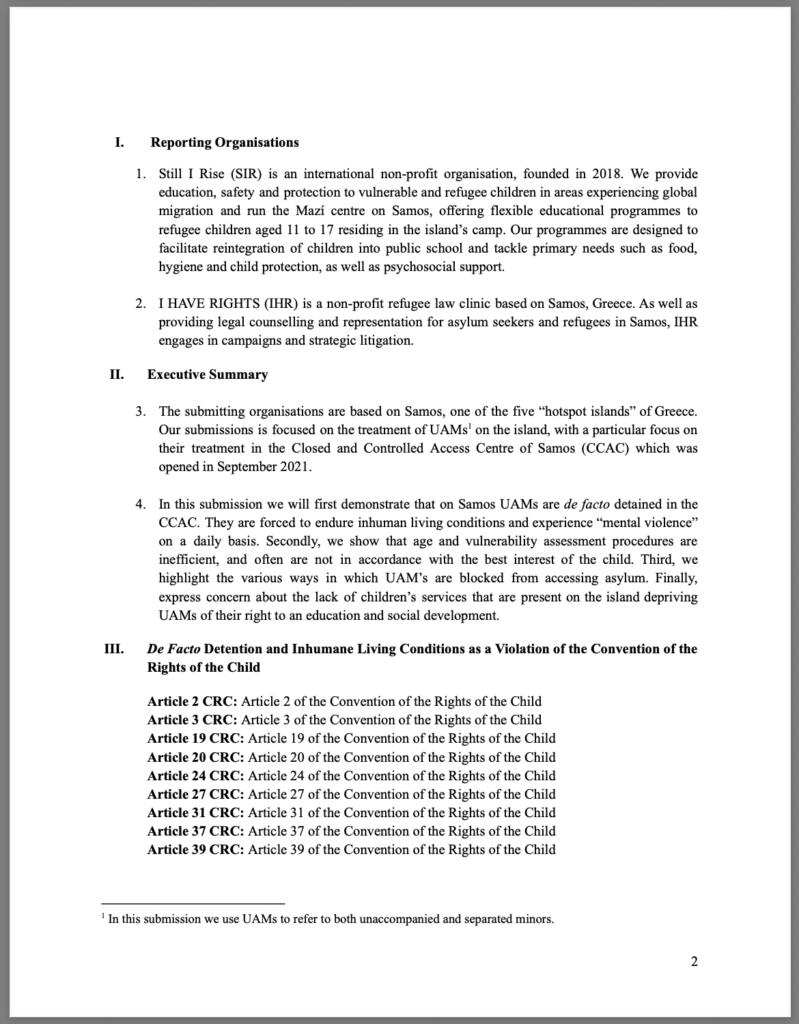 Read the full report by Still I Rise and I HAVE RIGHTS.

Still I Rise and I Have Rights Report 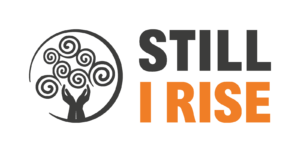 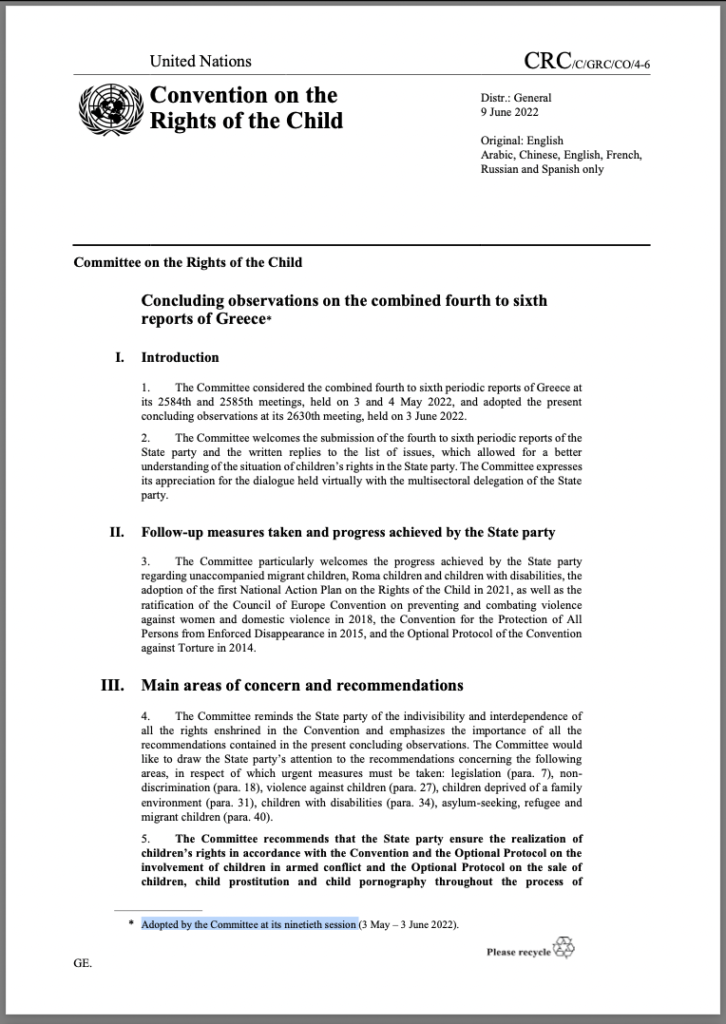