How does the asylum procedure actually work in Greece?

The unprecedented influx of migrants and refugees seeking asylum to Europe beginning in 2015 necessitated major legal and structural changes to asylum law in both EU policy writ large and individual domestic policy within member states. One issue that needed addressing in particular was the disproportionate population flows to Italy and Greece, with a majority of asylum seekers arriving either via water passage to central Mediterranean member states, or attempting passage through land routes in Turkey to reach the Greek border.

While, contrary to popular belief, refugees have no legal obligation to apply for asylum in the first ‚safe country‘ they arrive in, they are often restricted to stay in that country while undergoing reception and application procedures, and in some cases can be returned to this country if their application to another EU country is rejected. However, it is significantly more difficult for asylum seekers to apply for residence in European countries if they are registered outside the EU – hence, why (among a myriad of other factors) so many refugees do not stop in the first safe country, and countries that form the external border of the EU, such as Greece, end up with a disproportionately large number of refugees and asylum seekers. 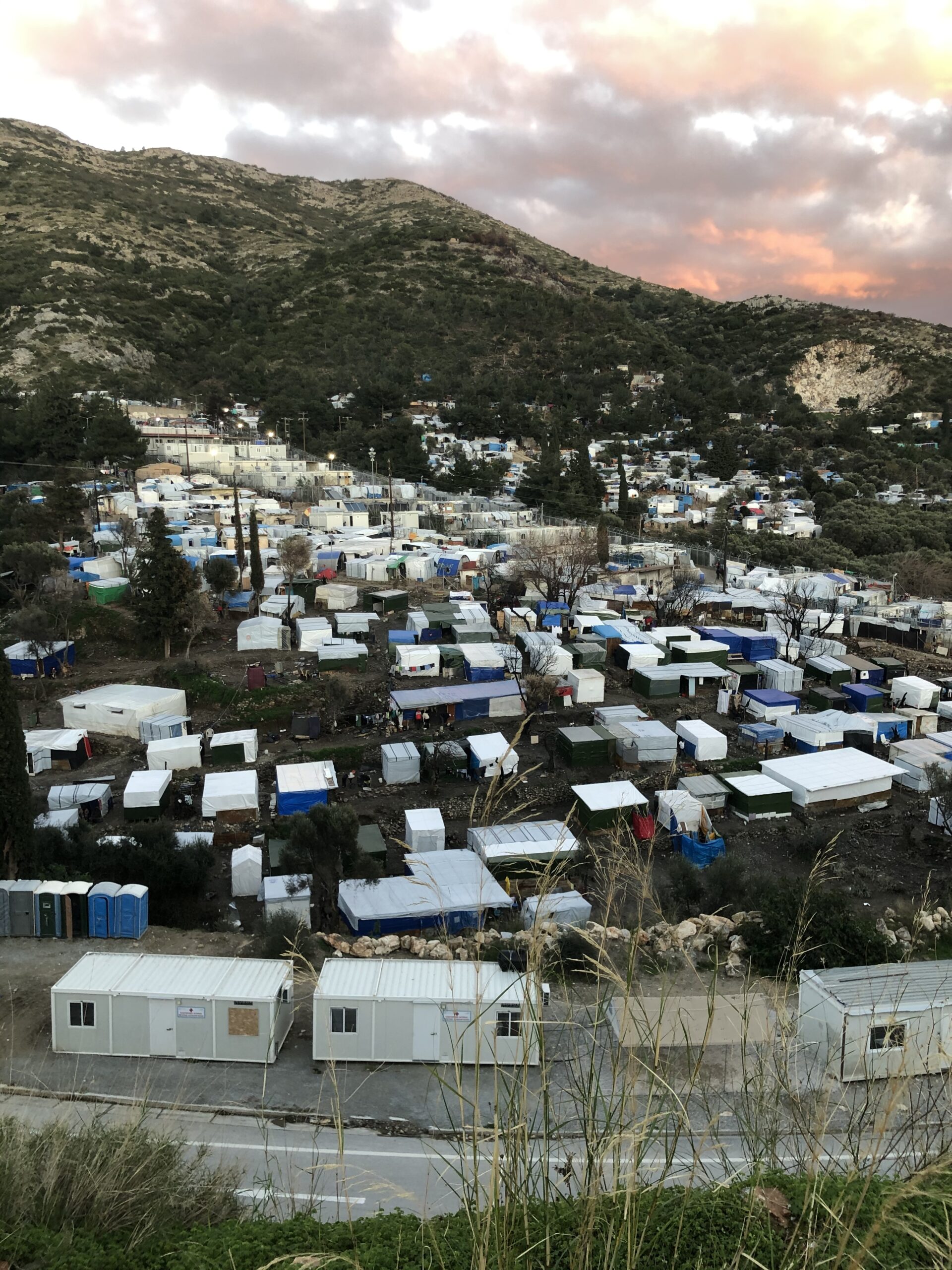 (The animated map has two dimensions: the red circles shows the spread of Syrian refugees into neighboring countries since 2011, and the blue circles demonstrate the number of total migrants and refugees attempting to reach Europe through the Mediterranean. Image and description courtesy of Buzzfeed News.)

In 2015, the European Commission set up hotspot locations in Italy and Greece in an attempt to address this asymmetric flow of migration. In principle, these hotspots would fast-track the registration of asylum seekers and therefore alleviate the bureaucratic burdens of asylum procedure and help these countries to fulfill their obligations regarding asylum law under EU mandates. In Greece, the hotspots were established as Reception and Identification Centers (RIC) on five islands: Lesvos, Chios, Samos, Leros and Kos. 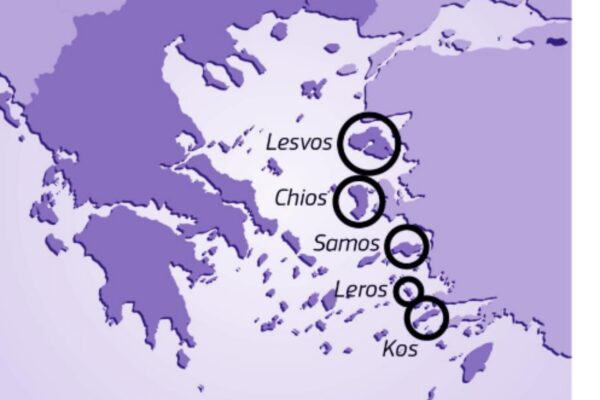 (Map of the five hotspots via European Commission)

The controversial EU-Turkey Agreement essentially turned these hotspots into closed detention centers, lessening standards of protection and discouraging migration by implementing immediate detention or deportation structures if applicants appeared to not qualify for international protection. Due to widespread international criticism, this closed detention concept was transformed into a geographical restriction on the movement of asylum seekers to RIC facilities and particularly within the islands on which they were processed.

But what happens once asylum seekers reach these islands?

The most recent legislation set out to regulate RICs in Greece is dictated by the International Protection Alternative (IPA), enacted in January 2020. IPA procedure outlines the process in five stages.

This is, of course, the standardized procedure in principle, with examples of areas where problems may arise. In reality, and especially under the dramatic changes resulting from the COVID-19 pandemic, the day to day reality can differ greatly.

Many thanks to the Greek Council of Refugees for their overview on asylum procedure and for forming the basis of this article.