“All I want is to be free and leave” 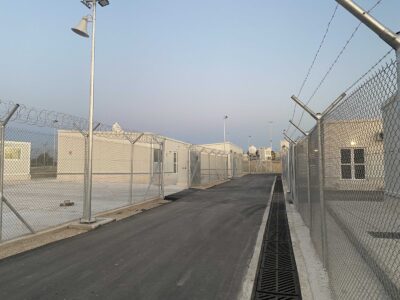 On International Migrants Day the Samos Advocacy Collective and Europe Must Act release a report on life in the Closed Controlled Access Centre of Samos.

In September 2021, European and Greek authorities inaugurated the Closed Controlled Access Centre of Samos, the first of the five EU-funded closed camps to be built on the Aegean islands.

EU Commissioner Johansson promised that the camp “will not be closed [and] will be humane”, while Greek Minister of Migration Mitarakis insisted that it “will give back the lost dignity to people seeking international protection.”

Three months later, it is time for a reality check. Through a project facilitated by Europe Must Act,  researchers and activists on the ground are interviewing residents of the closed facility to find out what life inside is really like. “My feeling is that I’m in prison. This is what I feel. [There is] too much control around, cameras, and drones sometimes.”

The reports of residents include feeling unsafe, leaking and crowded shelters, inedible food, lack of access to medical and other critical services and severe limits on freedom of movement.  “The location of the camp is very isolated and the purpose is we don’t see anyone and no one sees us.”

Though political leaders insist otherwise, it is clear that life in the closed facility is tantamount to life in prison. The camp is proof of a hostile European border regime that restricts the fundamental rights and freedoms of people in need of protection. 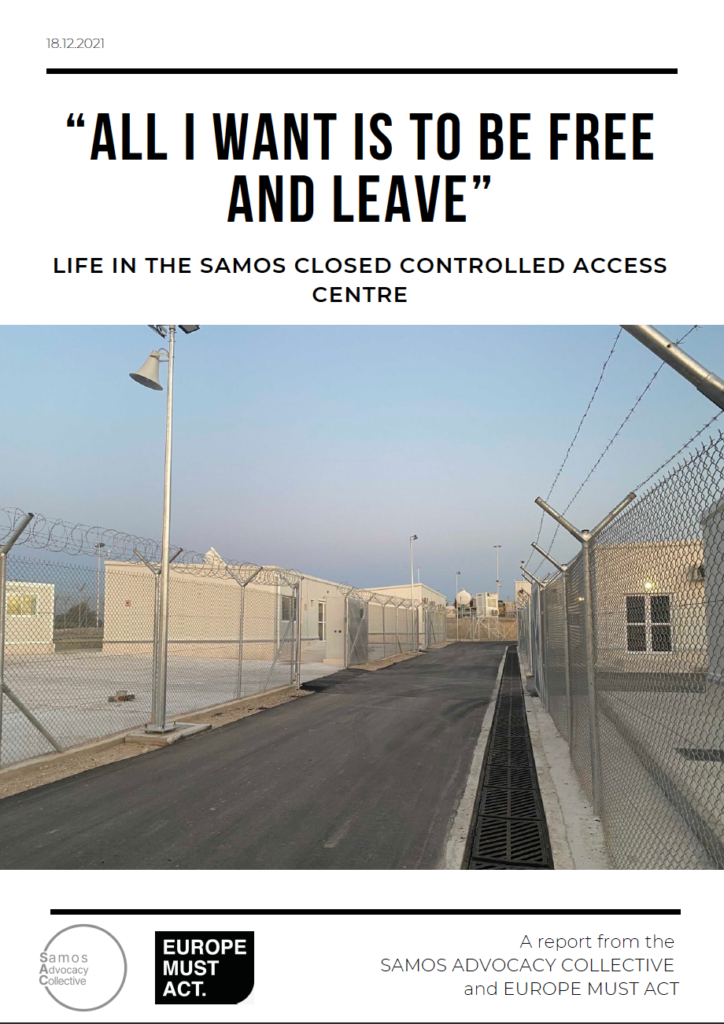 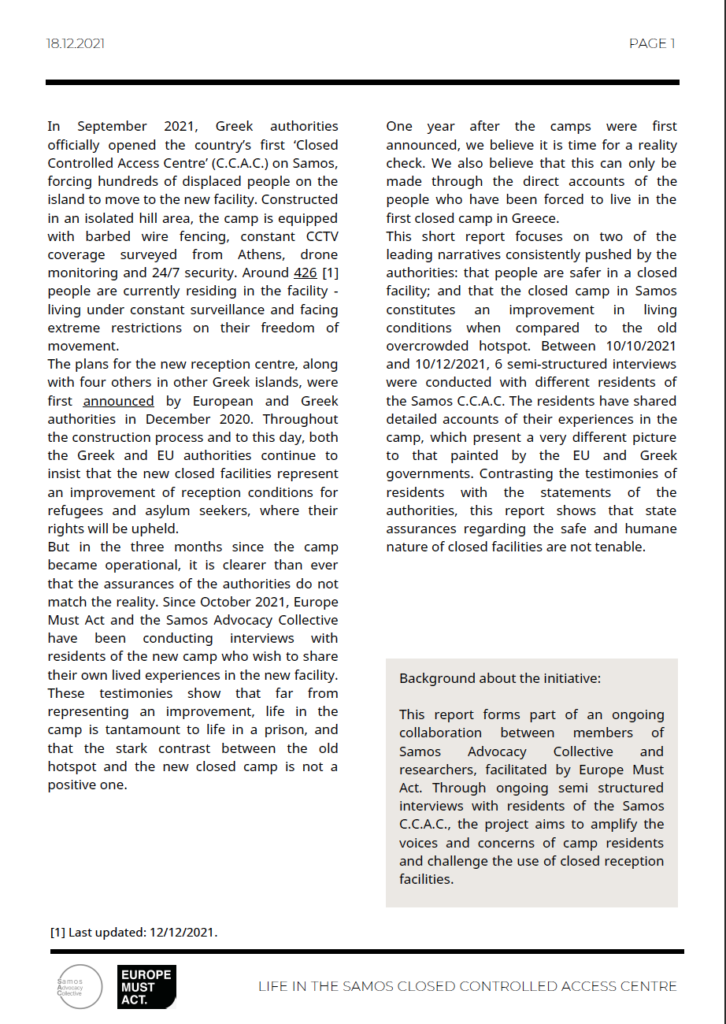 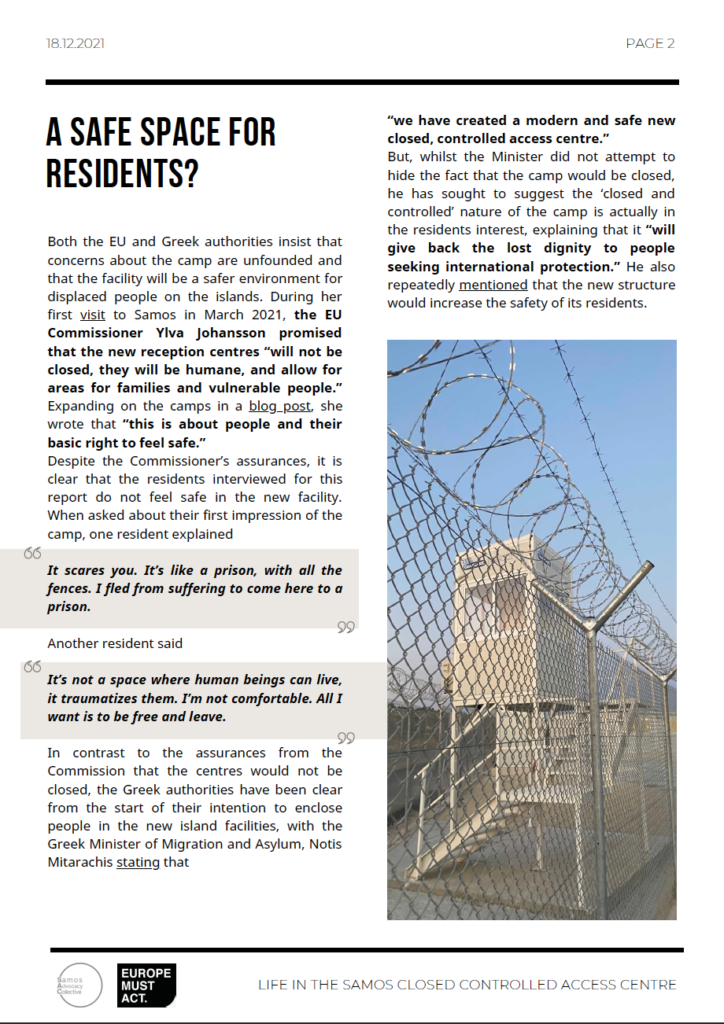 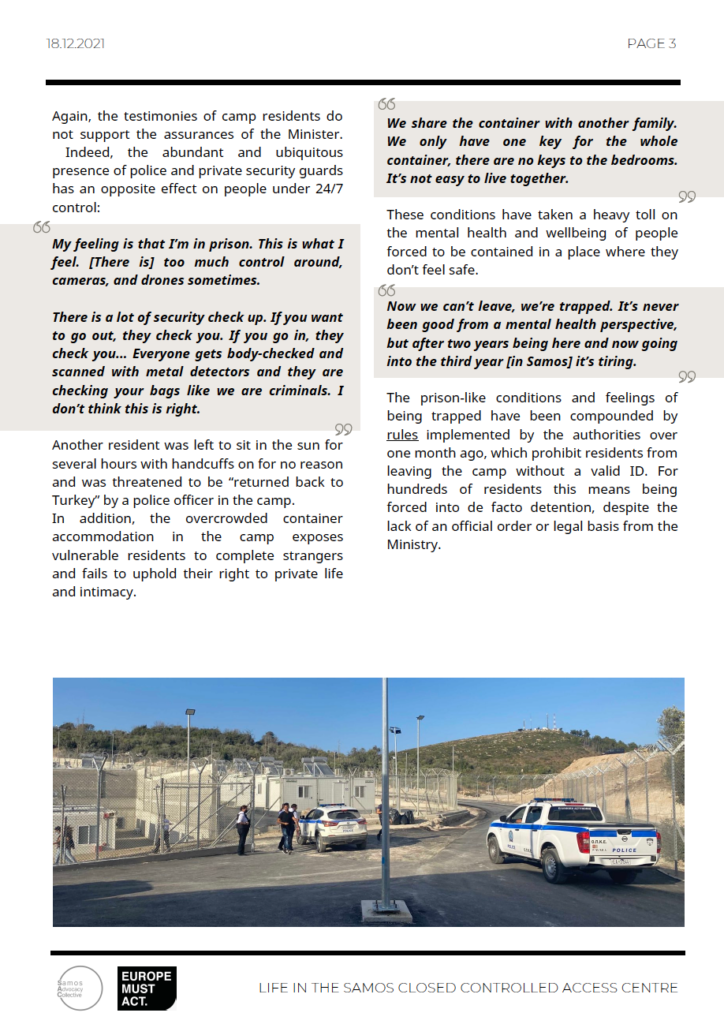 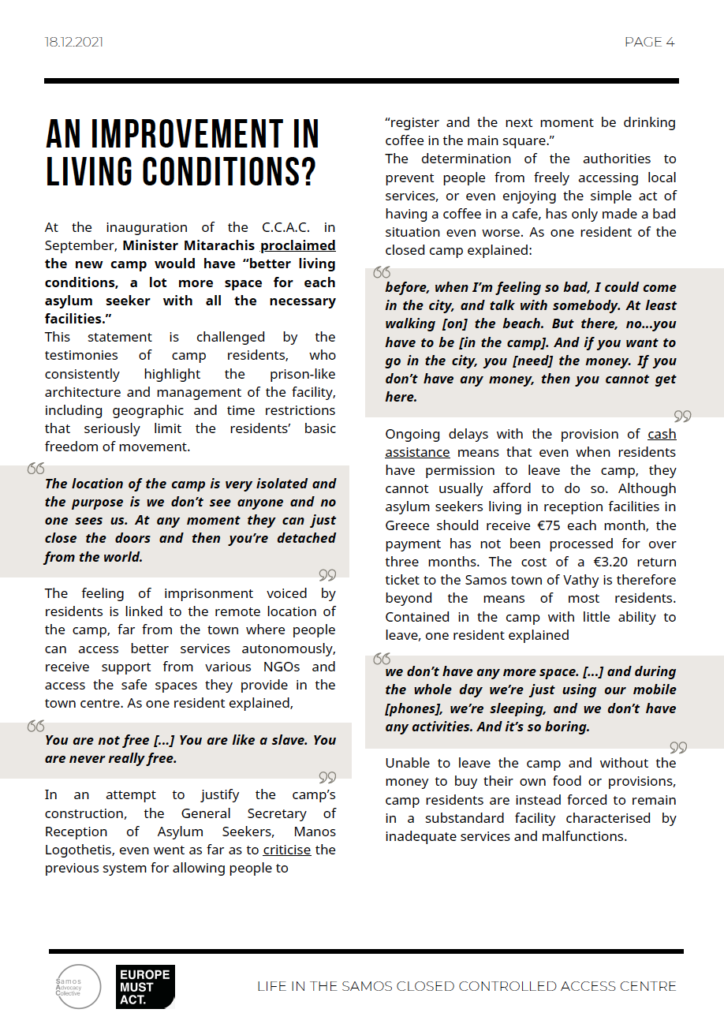 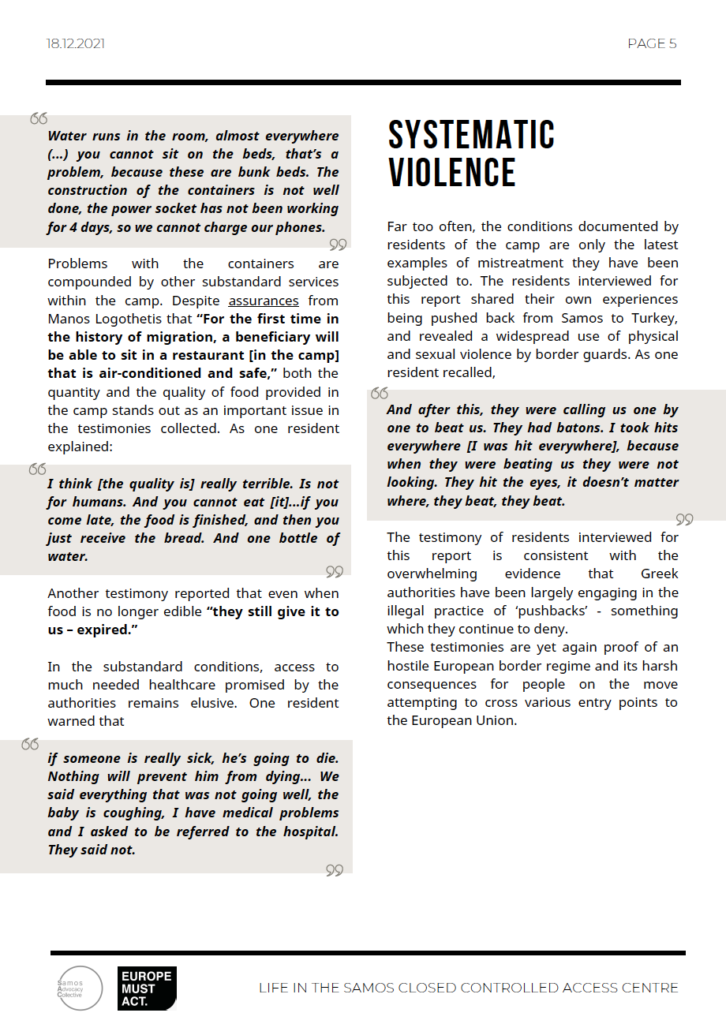